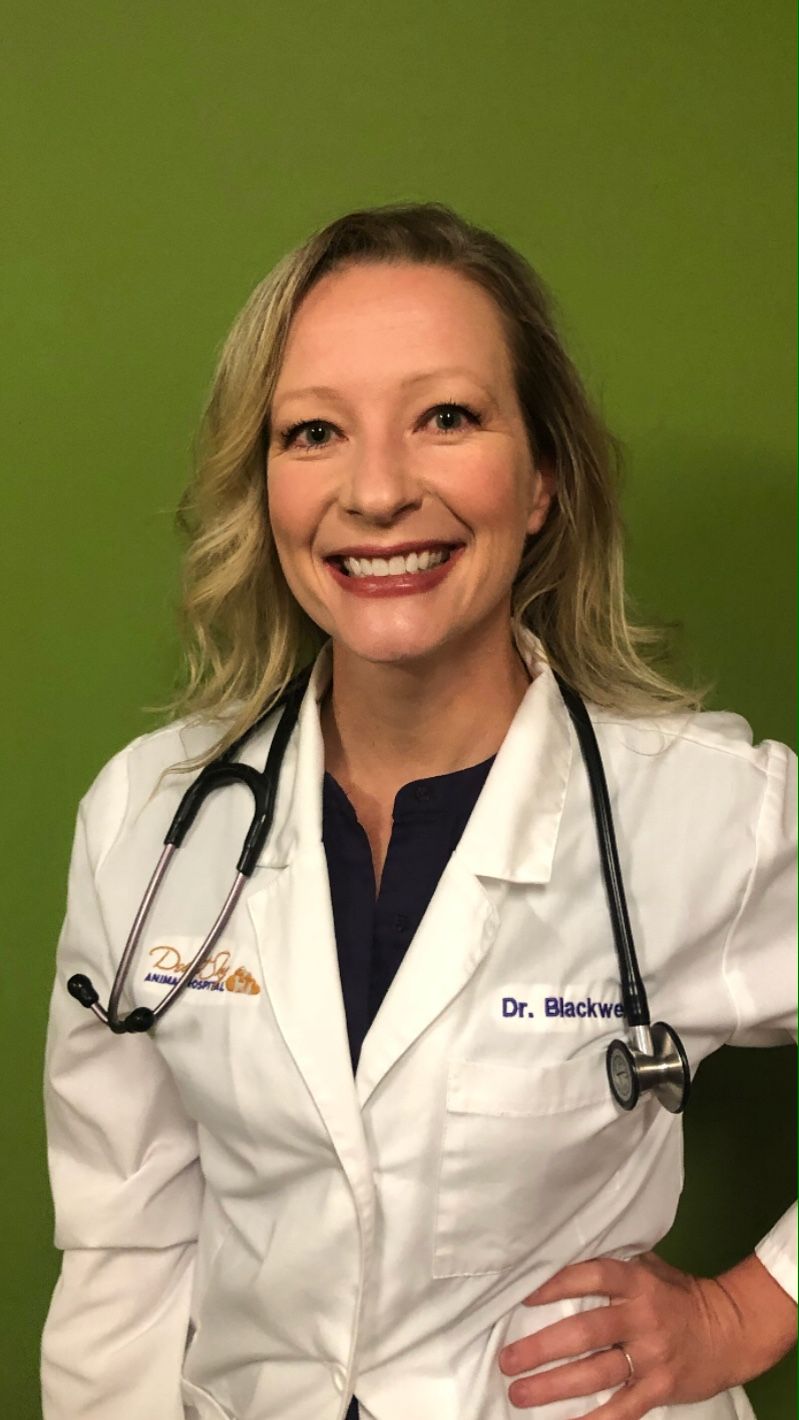 Dr. Blackwell grew up in Quincy, Illinois and graduated with honors from the University of Missouri with a Bachelor of Science in Biological Sciences and a Doctorate of Veterinary Medicine. During school, she worked in the football department with recruiting, and as a result still roots very hard (and very loudly) for the Tigers. If you don’t know the Missouri Fight Song, she will be happy to teach it to you. She was also involved in several research projects during her undergraduate and doctoral programs and has been published as a result of those findings. During veterinary school, her award-winning research included studies on the effects of Bisphenol A (BPA) that is now known to be a source of environmental estrogen that is present in common household items.

Dr. Blackwell moved to Phoenix in 2002 and has practiced in the area since that time. She finds gratification in her longevity in the area with being able to meet patients as new parts of the family and take part in their care for their entire lives. She also enjoys surgery including orthopedics, challenging internal medicine cases, client education, and preventative care.

Outside the hospital, she loves spending time with her husband, Tony, and twin step-kids, Marley and Devin. They share their home with their cats, Peggy and Gypsy, their four rescue dogs: Sara, Kevin, Diana,and Mac, one finch named Bill, and a three-toed box turtle named Shelly. Between caring for their menagerie of pets, she loves to cook, run, try new restaurants, travel, and read and looks forward to meeting you and caring for your pets.

Desert Sky Animal Hospital sees emergency cases during our normal business hours. We do not offer 24-hour care. If you experience an emergency after hours we will refer you to VetMed.